Translated from french by Jacques BAILLY

From the growth of belief to the belief in growth 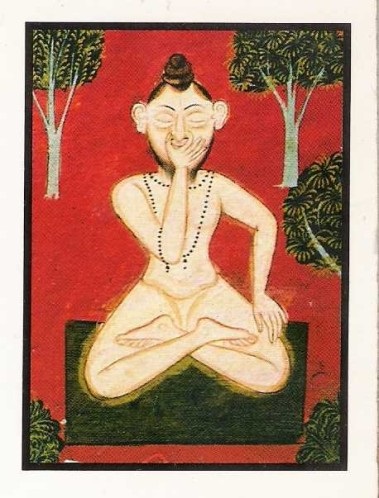 A few decades ago, when we would speak of religion, there were the atheists, the agnostic and the believers. The second category were without a doubt the wisest if their approach was to claim that one couldn’t come to know the absolute while remaining in the sphere of the relative. However they probably weren’t as wise if they took that position as an easy way to remain in good standing with everyone. The first category and the last one however claimed their belief whether it subscribed to or rejected dogma. To maintain that god exists or that he doesn’t exist amounts to about the same thing. In fact what might happen when one establishes a conviction based on a basic premise is that it might strengthen popular beliefs and prevent oneself from having access to the field of experience, the only way of confirming ones understanding.  Without a doubt in comparison to the amount of people who develop a blind faith, there are people who live a true faith which looks more like a kind of trust in life then a subscription to dogma. This trust is not necessarily based on a notion of transcendence, some agnostics even atheists can after all live it as much as or even more than some believers.
Today religious beliefs have been on the decline and a good number of people invested in an inner quest could be said to be non-believing practitioners. This seems to be the case apparently, with a lot of practitioners of yoga, buddhism, tai-chi, taoism, shamanism.. On the other hand, blind faith and dogmatism have unfortunately not disappeared. For the most part they have left the domain of religion to develop themselves insidiously in scientism. This new belief consists in thinking that science and its technological applications are good a priori and capable of solving all the problems of mankind. Within this context, among the aberrations put forth these days with the upmost seriousness, it is held as a “revealed truth” by the supporters of economics, is this new ideology that is riding the wave of scientism: unlimited growth.” The one who believes that growth can be unlimited in a finite world is either crazy or an economist.” was already claiming, in the 70’s, Kenneth Boulding, American economist of English origin.
We have believed too much and we have grown too much. We must now decrease and to do that we must disbelieve. And if the verb doesn’t exist yet we must make it popular until it enters the Petit Larousse dictionary: no decrease without disbelieving.

GROWTH AND DECREASE, A NATURAL CYCLE

Rabelais had warned us:” science without conscience is ruin to the soul.”; one could, today add further “... and ruin of the ecosystem of the world.” The alternation between growth and decline is however a natural process. More importantly, something must out of necessity decline so that something else may grow: when light grows then darkness declines and vice versa. One cannot separate day and night, nor can he prevent the moon from decreasing once it has achieved  its fullness or prevent it from increasing anew once it has finished it’s descending phase.  It is the same thing with the sun, the planets as well as the seasons and all the cycles of nature. Whether it is at the level of the macrocosm or the microcosm, the manifest world evolves in a cyclical way with phases of growth and decline. To advocate unlimited growth is like wanting to force the moon to continue its ascending phase when it is full or waiting for the days to grow longer when the summer solstice has arrived. We could go on and suggest to our leaders and their appointed economists to contemplate the moon a bit more and to connect more to the seasons.
The knowledge of this naturel process of growth and decline ought to permeate like an obvious fact any economic thought worthy of its name. This awareness is starting to develop and the concept of “decline” is being put forth by several ecologists. In the current context, it is without a doubt necessary to implement a global degrowth to be able to deal with today’s economic and environmental issues without drifting toward another dogmatism. It’s out of the question to advocate degrowth as a new ideology, indeed, we need degrowth, but we also need growth that is selective, enlightened, fair and takes into account correlated states.

The alternation of breath as the key to knowledge

We have seen the importance to remain connected with the external cycles of nature and of the planets, but what is most important is to connect oneself to the inner cycles and more particularly to the breath cycle which determines our relationship to the world. The breath is at the heart of any approach of self-discovery, in particularly in yoga where it is the main practice. The breath is an illustration of life itself in its dynamic activity, exhalation happens naturally after the inhalation and vice versa. Nobody can inhale forever without running into one’s own limits. To advocate unlimited growth is a bit like refusing to exhale after having inhaled! Just like we suggested to our leaders and their economists to get more connect with the moon, we might counsel them to integrate and develop breath awareness. This awareness is a return to common sense: that alternation is a natural process that cannot be ignored, after the inhalation comes exhalation, after the surge comes the ebb, after growth comes degrowth. Within the different disciplines that work with the breath, particularly in pranayama, there is this idea to connect oneself to the dynamic movement of the breath to be better able to integrate with the dance of life. Breath awareness foster the awareness of our interrelationship and our interdependence with our environment. Little by little it reduce our tendency to consider ourselves as separate entities, cut off from the world, and brings with it more fluidity into our relationship with the external world.

Letting go during exhalation an opening toward liberation

All the yogic approaches and the meditative ones also emphasizes the breath, in particular the exhalation. This phase of the breath is considered to be the most important one as far as it allows for a letting go of the grip of the ego.  Even people that don’t practice yoga use the exhale to soothe too much tension, tenseness, anxiety… We call that a sigh. When we exhale we release, relax, loosen, let go, we offer. Even if the inhale is necessary and natural in the process of breathing, it contributes to strengthen our dependence on the environment and our tendency to take hold of even to monopolize. Indeed, when we inhale we absorb, we take, whereas when we exhale we restore, we give. That’s why it’s always recommended to exhale when we encounter a difficulty, whether in our practice or our day to day life. Likewise it is advised to exhale when we exert ourselves physically, the person who is chopping wood  wouldn’t dream of inhaling while letting his axe fall! To the contrary that person would amplify her exhalation.  It is easier to get into or out of a difficult yoga posture while exhaling. It is said that one can’t hurt oneself while exhaling and that if there is a danger whatsoever that you should exhale. To exhale is also to die, to abandon oneself during the exhalation is without a doubt one of the best ways to get ready for death. During meditation it is often counselled to follow the breath while completely letting go during the exhalation. In pranayama one learns to retain the breath in the throat (ujjay) to then be able to lengthen the breath at will so that you can enter certain rhythmical breaths. Sometimes we have breaths that are equal (samavritti) but generally speaking we double the time of the exhalation compared to the inhalation (visamavritti). To adopt this breathing rhythm without forcing the breath is a soothing practice. The more we lengthen the breath while keeping this ratio ( exhalation twice as long as inhalation) the more control we have as we are reducing our dependence on the environment, and the more we increase the benefits connected to the exhalation phase. Starting from this rhythm  1-4-2 (a moment of inhale, 4 moments of retention with lungs at full capacity, and 2 moments of exhalation), in order to attain the small pranayama( count slowly to 8 while inhaling, to 32 as you retain the breath, and 16 while exhaling). To maintain this rhythm for one gatika( 24 minutes) is considered to have attained a certain level in pranayama.
If ujjay (the victorious breath) allows you to considerably lengthen the exhalation, this is another breath called kapalabhati (the light in the skull) that takes this logic of emphasizing the longer exhale even further. Indeed, this unusual breath which consists of not inhaling, while doing  successive  short exhalations while moving your stomach at a fairly fast pace. As strange as it may seem , one can remain doing this for several minutes , even dozens of minutes while still not inhaling, once one has acquired  the skill for this.
But it isn’t the objective of this text to present a detailed description of these techniques that must by the way be taught by a qualified teacher.

To open the door to fluid breathing

In the light of what was said previously one might be tempted to wish for our planet a long and deep exhalation, a fully aware letting go, to get out of the logic of always more, this escape toward the future while denying death: one of the characteristics of our era of productivity and consumerism. This tendency to collect material goods (often at the expense of others) comes from a fear of lack. It is said in different traditions that all fears come from a fear of dying. The breath practices like kapalabhati, nivritti (literally no breath) or bahirkumbhaka (retention of the exhalation phase with lungs empty) allows one to realize that one can live with very little air. This insight diminishes even eliminates our fear of lacking and progressively reduces our fear of dying. More generally speaking, to integrate breath awareness into one’s practice and in one’s life, concretely allows oneself to realize that it is our most cherished belonging. From our first to our last breath, breathing is the common thread of our life that is movement, sharing and fluidity… One has to accept to die in order to be reborn, one must also accept to offer in order to receive, one has to accept decrease in order to increase anew. One doesn’t need a lot of wisdom to understand this, it’s only a question of common sense. To advocate unlimited growth, is kind of like not wanting to go the restroom after a heavy meal. Degrowth at one level may allow oneself to grow at another level.
Decrease of ignorance leads to growth of consciousness, decrease of greed leads to the growth of responsibility and fairness and vice-versa. Life is movement! Breath awareness will only lead to more awareness of the dynamic flow that governs our life and the life of the planet. Pranayama practice teaches us how to enjoy our breath. To love breathing is to love living, to breath fully and with awareness leads us to contentment (shantosha) and to no grasping (aparigraha). The practice of breath awareness as is taught in yoga for several thousand years can without a doubt bring a little flavor to “happy sobriety” that is talked about by many followers of degrowth.

translated from french by Jacques BAILLY